The Indian food in Malaysia is fantastic. I may even say it’s my favourite food here. Although, before I do I must throw some love at the Malay dishes char kway teow (an amazing stir fried noodle dish) and assam laksa (a rich and spicy noodle soup) both more than delicious.

The Indian food though is worthy of all the positive adjectives you can think of. There’s lots of varieties, curries, snacks on the street corner, banana leaf, all kinds of bread including the legendary roti canai, 24 hour restaurants, really, really succulent spicy tandoori chicken and tons of veggie options mmm dhal. I could and do try to eat it all.

In England I love cooking, in Malaysia I just want to eat out all the time although I’m often restrained to keep us within our daily budget. However Indian food can be found very, very cheaply in Kuala Lumpur especially at my local mamak (read more about that here).

I’m six months in to life in Kuala Lumpur and the places I eat change frequently as there are lots and lots of excellent options. I’m also one of those people who doesn’t like to eat at the same place too often (or even more than once) because there are tons of places to try and I really don’t want to run out of time!!

Location? – Nasi Kandar Pelita has a branch very close to KLCC which means this is an ideal mamak to venture to if you’re touring the city centre and want to experience authentic local Indian food. A very close second is every type of naan delivered in little baskets at Jassal Tandoori restaurant in Brickfields awesome but the portions are small.

What? – Naan kismis, crispy on the outside and soft on the inside. This naan was covered in sliced green apple, tomatoes and peppers really different but still delicious. Plus extra points for giving me three curries to dip into. If I can’t get a kismis I’ll always order a garlic naan mmm.

Location? – Devi’s Corner, Bangsar.  Devi’s is Bangsar’s famous mamak. Mamaks are 24/7 Indian restaurants found on most street corners. Mamaks are hot & sweaty, busy places with a fast turnover. Devi’s Corner is actually a brilliant place to go to a mamak on, before, during or after a night out at one of the many Bangsar bars and pubs.

What? – Roti canai, the roti of legends which I believe is better than Malaysia’s national dish nasi lemak therefore I would like to start the campaign right now roti canai should be Malaysia’s national dish… says the Brit. Oh this was good, so very, very good. This is a big call too as roti canai can be found at all mamaks and they’re always (in my opinion so far) fantastic. Why does this one stand out from the crowd? Let me tell you, it’s crispy and flaky on the outside, really soft on the inside, tasty enough alone never mind the supporting curries. It was bang on. Also tons of extra points for those supporting curries which included possibly the best dhal I’ve had… so far. 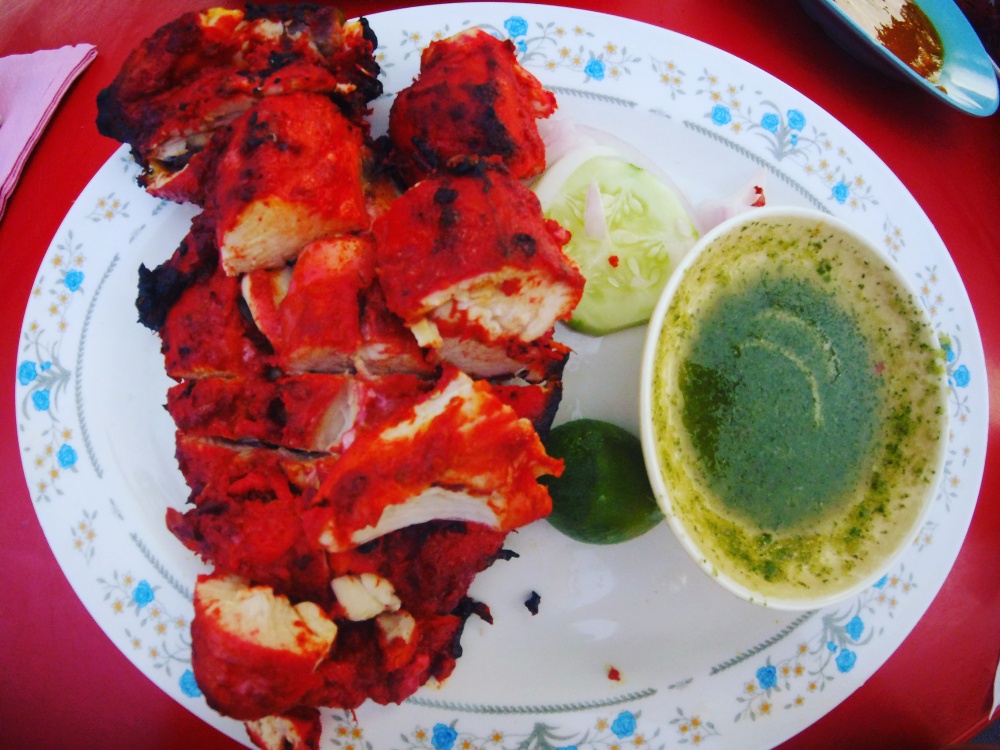 Location? – Pak Putra Tandoori, Malacca. This place is pretty similar to a mamak, it might actually be a mamak although the menu, simple, straight-forward ordering and breezy tourist vibe made it feel a bit more like a restaurant.

What? – Tandoori chicken a staple of Indian cuisine. I thought I’d had great tandoori a few times in my life already but in the words of Sinead/Prince nothing compares… to this tandoori chicken. The colour was a really deep red and the taste was sublime, slightly spicier than I’ve had before but not too much so I could still taste the variety of flavours rubbed into the meat. The thing that made it perfect though was the quality of the chicken, it was incredibly succulent. I’ve had quite a few dry tandoori chickens but Pak Putra’s version couldn’t be further from that. Also I’m a behind the scenes fan which is ANOTHER reason why I enjoy a mamak because you get to see your food being cooked and at Pak Putra it was a pleasure watching all the stages of the tandoori chicken process. People go to this restaurant for the tandoori chicken and I completely understand why, pure perfection. Everything else we ordered was great too no problems at all but the chicken was the best and if I go there again I’ll just order at least five plates that.

Location? – Nirwana Banana Leaf, Bangsar. I honestly didn’t realise that this is the banana leaf restaurant everyone raves about. It was raining, we were hungry and there was a table free at Nirwana (I now realise that’s incredibly rare too) we grabbed it and I’m very grateful we did.

What? – Banana leaf is a south-Indian cuisine which is (as you might have guessed) served on a banana leaf. You get given your banana leaf and then different waiting staff approach with curries, vegetables, sauces, rice and poppadoms for you to add to your leaf. Not only is it a fun and different way to eat for a westerner but you get to try a variety of food and eating with your hands is the way you’re supposed to do it which means you can be messy! I’ve also eaten banana leaf at Restoran Buga Raya Indah in Little India the food was nearly as good as Nirwana but not quite, the experience was more authentic though with no tourists and no English spoken.

What? – Samosas, pakoras, curry puffs, everything and anything deep fried with Indian spices. The vadai stall in Brickfields is addictive. It’s absolutely full to the brim with Indian snacks. My first experience was during the Urban Adventures food tour and we got to go behind the scenes (bonus points) into the kitchen to see the friendly chefs make all the snacks. The samosas which my family and I stumbled upon in Georgetown, Penang win the best samosa competition closely followed by the Pasar Seni Ramadan stall; both straight from the wok, hot and crispy with a soft and flavoursome veg or chicken filling. During the current month of Ramadan the Pasar Seni stall may prove dangerous for my cholesterol levels as I tend to come into KL via this station a lot.

Location? – Sentral Chappati House, Brickfields. This street has a few Indian restaurants and this particular place has a dessert counter at the front full of interesting sweet snacks.

What? – Gulab Jamun the sweet and sticky Indian donut. This will make your teeth fall out therefore I will only prescribe one donut per person. It’s a round ball of dough drowned in sticky syrup there’s really no more to say, what’s not to like?! Actually I will add that I’m yet to find my favourite chapatti, perhaps it’s in this restaurant so next time I’ll return and order a course of chapattis before a dessert of sticky donuts. FYI deep fried banana did come a very close second, such a great dessert snack found on many street corners all over Brickfields and Little India. The best deep fried banana stall, in my opinion, is in Brickfields opposite the 7/11 near to the end of Jalan Thambipillay. 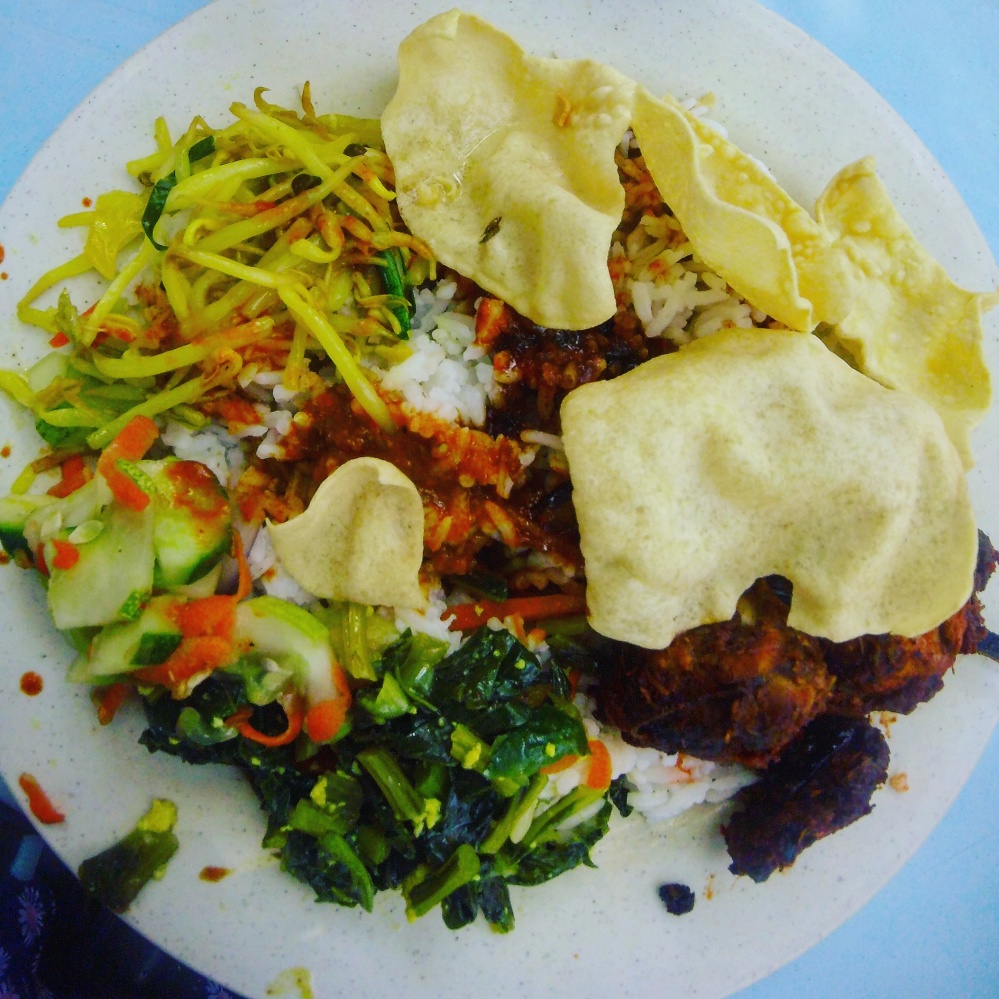 What? – I’ve just decided to call this a buffet style restaurant, in a lot of Malay Indian restaurants you can order from a plethora of food already cooked laid out like a British buffet and that’s exactly what you can do at Selvam’s Corner (I’m not sure if there’s also a menu). I visited Selvam’s during the Urban Adventures food tour which meant the hard part of ordering was taken care of by our lovely guide Gabby. She filled my plate with a mountain of chicken varuval, rice, poppadoms and a variety of spicy veggies. We also got a spicy Indian drink too which is apparently the drink to help cure a cold. Chicken varuval is a southern Indian tamil dish which is full of pretty spicy dry fried chicken absolutely delicious.

What? – Now, this isn’t a mamak, this is a proper sit down Indian restaurant with air conditioning that serves alcohol (strong alcoholic Indian beer). All the curries I’ve eaten here get a 10/10 especially the dhals, the tandoori options (they’re huge and arrive sizzling), the paneer in anything, butter chicken… it’s all top quality and super, super tasty. Passage Thru India’s (PTI) curries are excellent too but not as good as Jassal’s options. Side note, I know this is about curries but PTI’s starters, deep fried options and hugely decorative restaurant make it worthwhile trip for a lovely, relaxing evening graze especially if you’re in a large group, possibly with a car (the location isn’t great to walk to).

If you’re visiting Kuala Lumpur it’s absolutely essential that you eat your way through the huge selection of Indian food on offer in this city. Whether you just grab a street side samosa or sit down for a night long graze of Indian curries you won’t regret it.

Right, I’m off to my local mamak because this has made me absolutely starving. 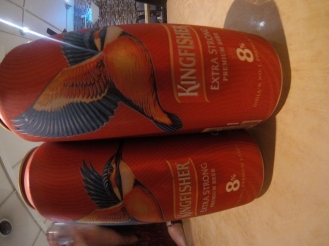 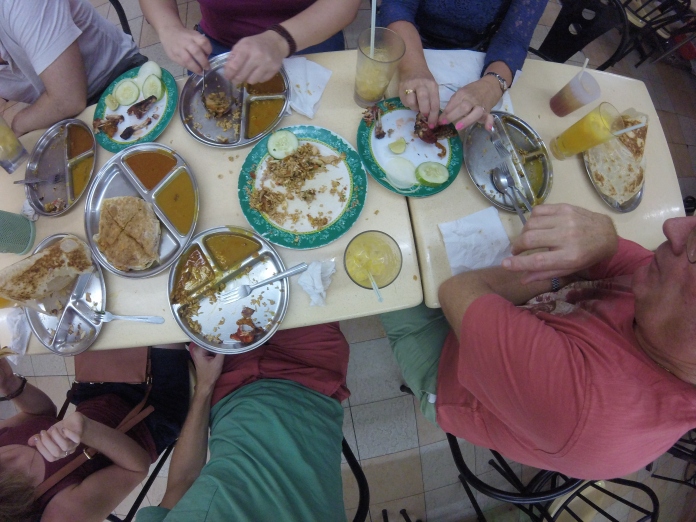 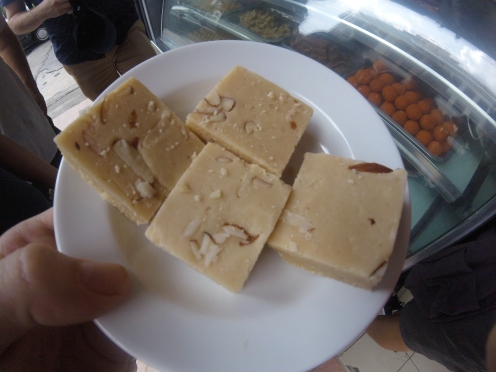 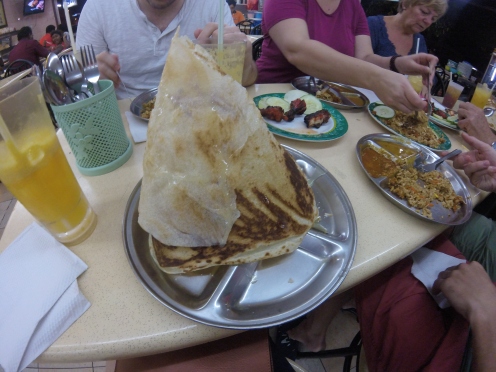 Dessert at my local mamak 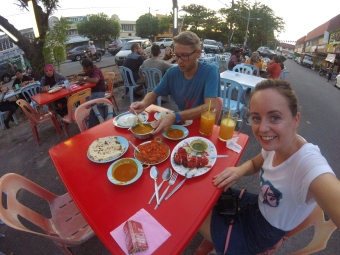 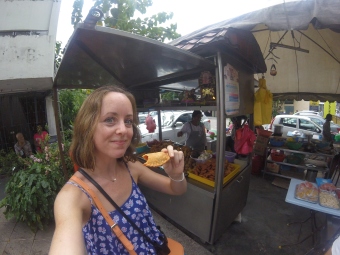 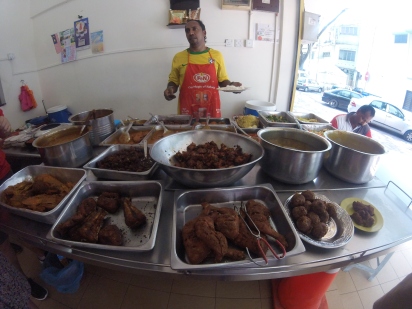 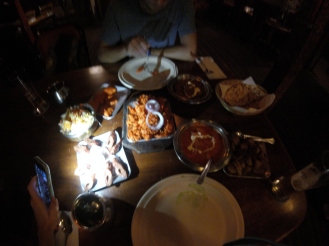 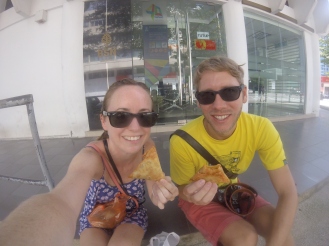 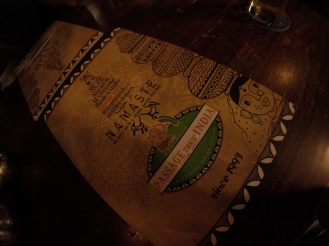 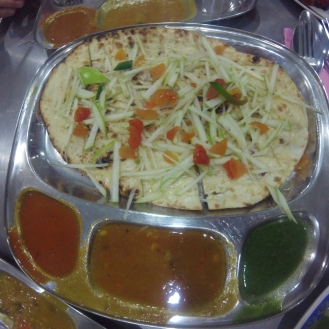 Kuala Lumpur – everything you should see/eat/drink/visit/do.